For all the criticism that the euro is currently experiencing, we have to make one thing clear. The euro is the guarantor of German economic success. The Euro-critics like to see the significance of a flexible exchange rate for the risk backdrop of the financial markets. 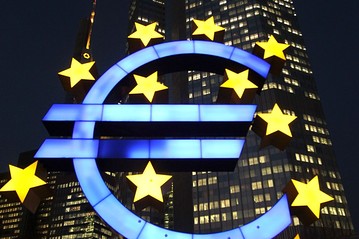 Monetary union was legitimized before implementation, especially with the resulting savings. This goal has been reached.

The risks in cross-border exchange of goods have fallen significantly, the cost of holding cash has been reduced and the costs from currency conversion and hedging are omitted. At the same time, the market has increased transparency, which in turn simplifies bookkeeping and accounting, and cut costs.

Since the start of monetary union, the German exports to the euro zone would have developed more slowly than in other regions of the world. That is right, but supporting the positive assessment of the common currency. In common, the intermediate links are an important basis for market competitiveness. On the other hand, German exports would have been affected in the rest of the world with greater appreciation of the national currency. In addition, it is central to the success of the single currency is worth. Optimism is attached.

The ECB wants to put itself to other risks and Greece will not hold out his austerity plan. Yes, the euro could actually be a guarantee of success if the nation-state would grow together and the European Union would be a European Union and not a zone of transfer payments and dependencies.

Really, it makes sense only if the economic policies of member countries is almost equal.

There are opinions that Germany will leave the euro because it is too strong economically. Member States should grow together, they should have a single economic policy, as and they should think and act less national. Then – and only then – can the euro be a success story. Alternatively, the euro will probably only be a guarantee of success for the powerful member states, at the expense of the weak. Furthermore, Germany would seek a balanced foreign trade balance, and its economic structure would adjust accordingly. This is urgently needed demographic reasons.

Greece struggles in Europe against national bankruptcy. It is probably in vain. Even Ireland, Spain and Portugal have a low credit score. Currently Italy and the U.S. are under special observation. This is observed dramatically in the developed countries of the northern hemisphere. Saving and investment are two sides of every long-term sustainable prosperity strategy. Politicians, entrepreneurs and bankers should pay more attention to our market. All government payments are financed increasingly only to loans that are built on sand. The public sector needs in the current year tens of billions of new loans.

Demographic change does the rest. Fewer and fewer working people have to make more and more of their income on pensions. At the sametime however, the debates about the pressing need of austerity you wait in vain. A market economy is the willingness to own power. Not anyone who believes that manna falls from the sky like in the Bible, lives in this world. Perhaps politicians need to remember the granddaddy of social market economy, Ludwig Erhard. “Nothing is more anti-social as a rule than the so-called welfare state. “

The problems in Greece seem endless

The true Greek sovereign debt amounts to more than 400 percent of GDP. Additionally there is a current deficit of 10.5 percent and an uncompetitive economy. In short, the country is bankrupt. Under its own power, Greece comes out of this disaster not get out. In addition, more and more good money after bad after throwing is no longer sustainable. It would be a feasible way.

The idea is to buy back Greek debt on the market at the current price value by the ECB. Since the market, value is below the nominal value, thus automatically reducing the debt burden of the country. The ECB has already purchased government bonds with a total value of 47 billion at the current rate. In this way, 20 percent of the nominal value could be adopted without a cent loss. In addition, the bonds still in circulation, as well as deposited as collateral for loans to Greek banks, the ECB could buy up securities at market value. The risks to the taxpayer with this reorganization concept are significantly lower than with a “haircut” or the continuation of the present, purely reactive policy. The Greek government debt could fall by 50 billion.

which can be seen as the origin of today’s European debt crisis. In the reunification boom, Germany had clearly lost international competitiveness.

Causes were a relative to productivity disproportionate wage growth in East and West, high unemployment and rising costs of social security. The DM evaluated in real terms, the former positive current account turned into something negative and the national debt rose from 44% of GDP in 1990 to 60% in 1998. In the second half of the 1990s is used a private and public consolidation effort. 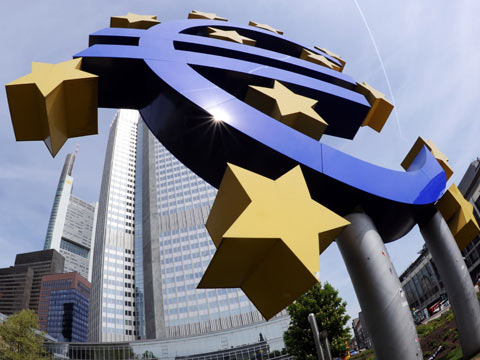 The introduction of the euro common monetary policy of the ECB was not in a position to respond to the mismatches. There is a rising wages and inflation. Additionally the low interest rate policy of the United States justify a strong monetary expansion in the euro area. As a result, the banks are dissatisfied with their excess liabilities.

The European sovereign debt crisis was born. It remains unclear who bears the costs of the inevitable defaults. The debts of the private banks are currently being transformed into loans from the European institutions, which are responsible for Germany largely. Moreover, private capital outflows in Germany before the crisis is updated because of public credit in the future, insist that the current account imbalances remain. As in Germany after the reunification of the monetary union seems to follow the transfer union.

The periphery is insisting on sustainable convergence of living standards. If the ECB reacts to debt restructuring and rising government debt in the euro area with an expansive monetary policy, the result would be a devaluation of the German savings deposits over higher inflation. The transfer union would be the entry into the Union inflation.